Vitamin B12 deficiency can occur due to many reasons such as poor nutrition and absorption problems. This problem can lead to many conditions such as weakness, concentration disorder, hand-foot numbness and forgetfulness. Even advanced depression can be seen in advanced losses.

Vitamins and minerals are among the most essential substances for the body. Although the most well-known of the group is vitamin C, the name of group B vitamins is frequently mentioned. Mostly from vitamin B12, why? Modern life offers us various possibilities. Computers, virtual agendas, smartphones in which countless information can be stored, and of course, the internet offers us all the data in a golden tray. As such, we do not need much to force and use our memory. Then everybody calls for forgetfulness. He says he forgot people, names, addresses, phone numbers. Maybe this is due to the deficiency of some substances in our body. The first thing that comes to mind is vitamin B12. Acıbadem Altunizade Hospital Endocrinology and Metabolic Diseases Specialist Asst. Assoc. Dr. Müjdat Kara describes this vitamin as follows: “B12, which is a water-soluble vitamin, is a member of a group called coinoids. This vitamin, which binds to the intrinsic factor (IF) secreted from the stomach, is absorbed from the small intestine and stored in the liver. ” Asst. Assoc. Dr. We have learned other information from Kara about those who are curious about vitamin B12.

What is the importance of this vitamin for health?
Vitamin B12 plays a regulatory role for many metabolic events in our body. It is of great importance for DNA synthesis, especially with its ability to perform nervous system functions in a healthy way.

What are the strongest sources of vitamin B12?
It is generally found in animal foods. B12 deficiency is common in those who do not consume meat because they are not in vegetables and vegetarians. This vitamin, which is the source of bacteria in nature, is produced in large amounts by bacteria in the large intestine in humans and animals. However, the vitamin B12 produced in the intestine does not get absorbed and most of it is excreted with feces. While boiling and cooking the meat does not cause great losses, approximately 30 percent of vitamin B12 passes into boiling water during boiling. Liver, meat, seafood, and to a lesser extent, milk and dairy products are among the strong sources of B12. Herbal foods do not contain vitamin B12, and dried products cause this vitamin to turn into some inactive metabolites and lose their effect.

What is the most common vitamin B deficiency?
The first place comes as a result of vegetarians or vegan diets, not consuming enough B12 foods. Sometimes, even if foods containing enough vitamin B12 are taken, absorption in the body may be insufficient. This table is most often caused by a disease called “pernicious anemia”. The main pathology stems from the inability to absorb B12 due to atrophic gastritis and IF deficiency, which develops with an autoimmune mechanism. Clinical manifestations of the hereditary feature usually appear after 35 years of age. In addition, B12 deficiency can be seen in cases such as gastritis (some drugs, smoking, excessive alcohol use …), various parasite infections, gastroenteritis, intestinal diseases, after gastrointestinal surgery due to various external factors.

What kind of problems does its deficiency cause? With what symptoms does it manifest itself?
In a person with full vitamin B12 stores, if a dietary deficiency has begun, it may take one to three years for symptoms to appear. In other words, if the B12 tanks are full, the symptoms are not expected to appear in a short time. Its deficiency can cause hematological, gastrointestinal, neurological and psychiatric disorders in general. Often; Dyspeptic complaints such as anemia, weakness, fatigue, exertional dyspnea, pain in the tongue, numbness, loss of appetite, decreased sense of taste, bloating-gas may be encountered. In addition, hair and other hair loss in the body, numbness in the feet, tingling, balance disorder, dizziness, memory disorders, forgetfulness, lack of concentration, depression, learning disability in children, impotence in men and dementia in the elderly.

Under what conditions does the person apply to the doctor?
The most obvious complaints that lead patients to consult a physician; There is weakness, fatigue, forgetfulness, loss of concentration, tingling sensations with hand-foot numbness. However, from time to time, other health problems may occur by chance while being examined or performing a check-up scan. It is important for the patient to know that it will not be possible to provide permanent improvement with nutritional support if the cause of vitamin B12 deficiency is related to autoimmune causes. Because in these patients, vitamin B12 support is recurring. Therefore, B12 levels should be measured at regular intervals and replacement therapy should be performed when necessary.

Care is essential for healthy teeth 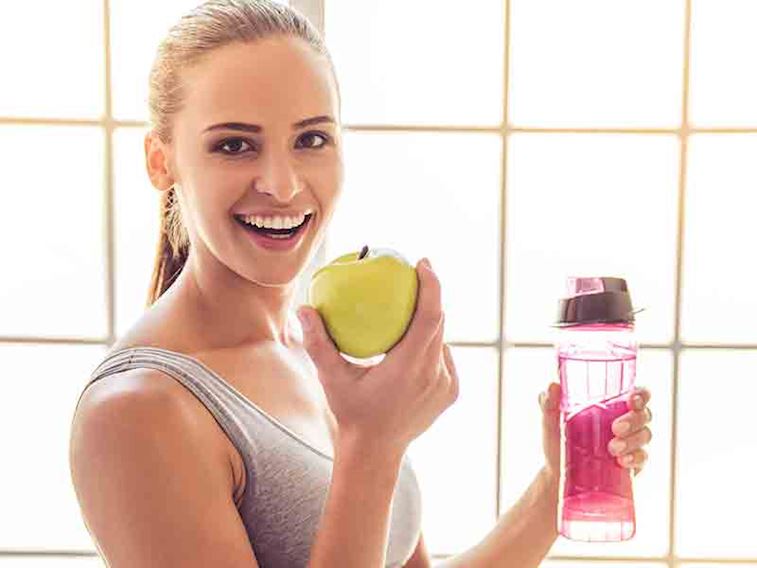